Login   |   Register to Contribute to our Community News

Login   |   Register to Contribute to our Community News 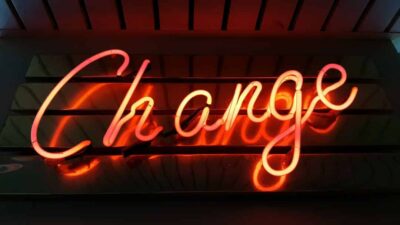 Introduction. Disparities in STEM undergraduate degree achievement has been a prevalent topic of concern in the current higher education landscape, particularly across race, gender and socio-economic status (Griffith, 2010; NCES, 2018). Despite shifts in population demographics, and an increase in the need for STEM workforce diversity to maintain the nation’s economic and technological prominence across the globe, minority student representation in STEM fields still falls far behind current population demographics (Eagan et al., 2013; Lane, 2016). In recent years, STEM enrichment programs have been implemented across higher education institutions in an effort to improve the student success outcomes of under-represented minority students in STEM (Carpi et al., 2017; Jackson & Winfield, 2014). Several studies have found positive outcomes associated with program participation, specifically in graduation, persistence, and math academic preparation across under-represented minority students (e.g., Chang et al., 2014; Lee & Harmon, 2013). Despite these promising results, few results investigate the effects of program participation after accounting for confounding variables that may cause bias in interpreting results (Gonyea & Miller, 2007). For this reason, this study aims to expand research on the long-term effects of participation in STEM intervention programs, in particular the University of Houston’s Scholar Enrichment Program (SEP) a program funded by the National Science Foundation as part of the broader Houston-Louis Stokes Alliance Minority Participation (H-LSAMP). Considering the significance of STEM intervention programs at increasing the completion and persistence rates of URM students enrolled in STEM fields, this study examined the extent to which participation in the UH-SEP program impacts the graduation and persistence rates of minority students after controlling for socio-demographic and pre-college baseline characteristics. The study posed the following questions:

About the Author: Understanding Interventions | Admin

Our broader mission is to positively impact the outcomes of efforts aimed at broadening participation in research and research careers through the expansion and dissemination of the relevant body of knowledge, and facilitate its implementation in practice, policy development, training, and professional development.

In recognition of the paucity of equal representation in STEM education and careers, Understanding Interventions aims to mutually inform scholarship and practice, develop and enhance the community interested in educational interventions, and provide professional development for all STEM persons.